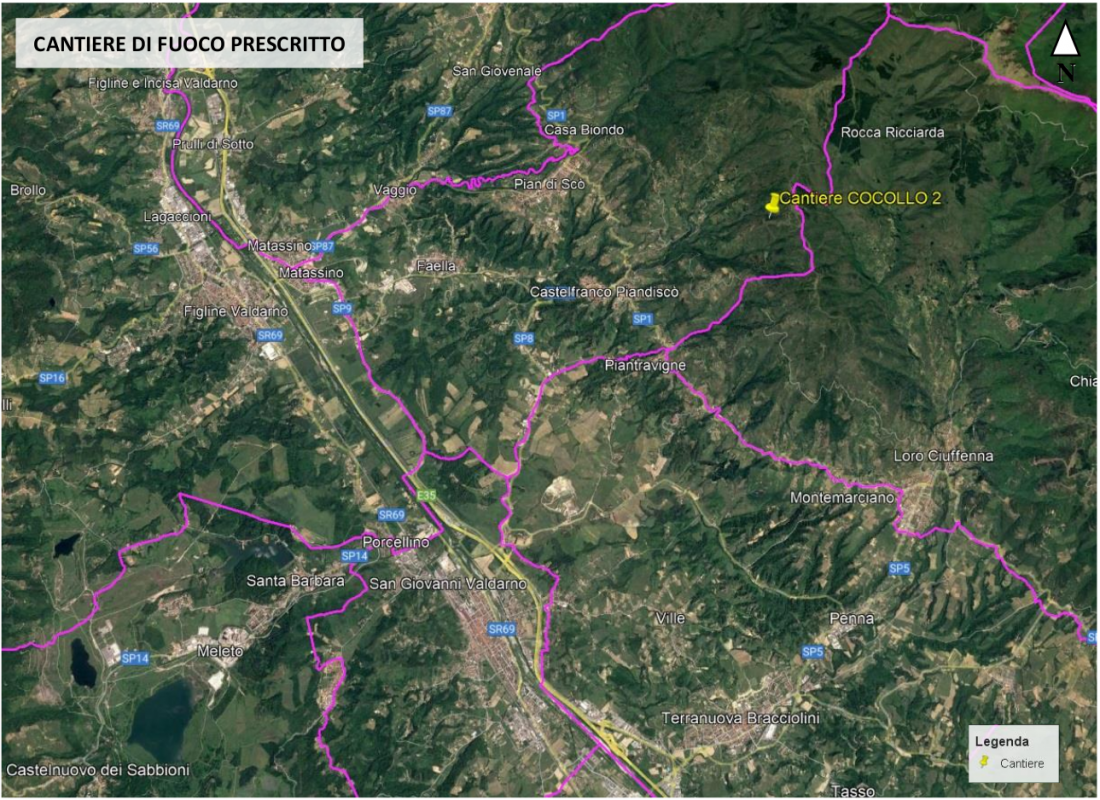 On Firday, 11/02/2022, if the weather conditions will permit, will take place the interventions on the prescribed fire in Cocollo in Castelfranco Piandiscò commune.
The interventions will be carried out by Unione dei Comuni del Pratomagno with the support of Organizzazione Regionale Antincendi Boschivi.
These interventions are part of the prescribed fire edited in line with the goals settled by LIFE GRANATHA – LIFE15 NAT/IT/000837 “GRowing AviaN in Apennine’s Tuscany HeathlAnds”. The aim of these is to improve the conservation status of some bird species included in I Attachment of DC 2009/147/CEE such as 4030 “Lande secche europee” present in Special Protected Zone “Pascoli e cespuglieti montani del Pratomagno” and the intervention sites are part of it.
Such intervention is entitled “prescribed fire” and is applicable by only following protocols elaborated by responsible workers. The workers are all experts in fire usage tools and euipments.
The interventions are possible to be carried out only if there are certain weather conditions (soil and air humidity, wind conditions etc), in the way to not cause damage to soil, fauna and vegetation that have to be protected.
The prescribed fire is a consolidated practice whose effects have been studied since 1960s and in some European forests it is a usual practice.
In many areas of the world, the fire has been used by the professional experts for years in order to limit the quantity of the flammable plant material and to render our natural environments much more resistant to fires. The actions are carried out by taking into account not to cause damage and also to the people living in those areas. During the last years this practice has been used around the world and in Europe also for the maintenance and for the management of particular natural habitat. The LIFE Granatha is using this practice with success for the maintenance of the shrubs, nesting habitats of several species which are threatened in Italy and in Europe and which risk disappearing from our territories precisely due to the evolution of these environments in heathland and shrubs. In Italy various experiences have already been carried out and in Tuscany the forest law and the related regulation set out the rules for the entire forest sector, including the use of prescribed fire. The results of the first interventions carried out in Tuscany, for several years now, are encouraging both from the point of view of AIB prevention and from the naturalistic point of view.
________________________________________________________________________________
In case you notice fire in the intervention zone, please note that it is the prescribed fire taking place, therefore it is neither necessary to call emergency numbers (800 425 425 o 115) nor to fall in panic, but in case you need additional information you may call the offices of Unione dei Comuni del Pratomagno as follows: 055/9170241-239.